Immerse Yourself in the world ofTec Diving

Last year in October, Buddy Dive Resort teamed up once again with Buddy Dive Tek for the 11th edition of BonaireTeK at Buddy Dive, an exciting week of technical dive demonstrations, presentations, and training and in 2023 we will do it all over again! We promise that this event will be inspirational, challenging, and fun for non-technical divers and technical divers alike. For divers that have not experienced Rebreather or Sidemount diving, free demos will be held and educational sessions by leading dive professionals will also be conducted throughout the week.

Are you an experienced Tec diver, just starting your journey as a technical diver? Or have no Tec experience yet and want to learn everything about tec diving so you can get the best out of your dives and create a new addiction? Join Your Buddies™ on Bonaire for BonaireTeK 2023! 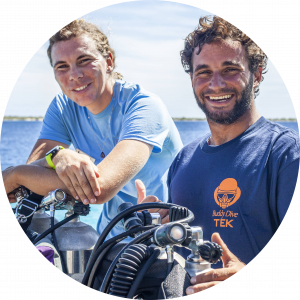 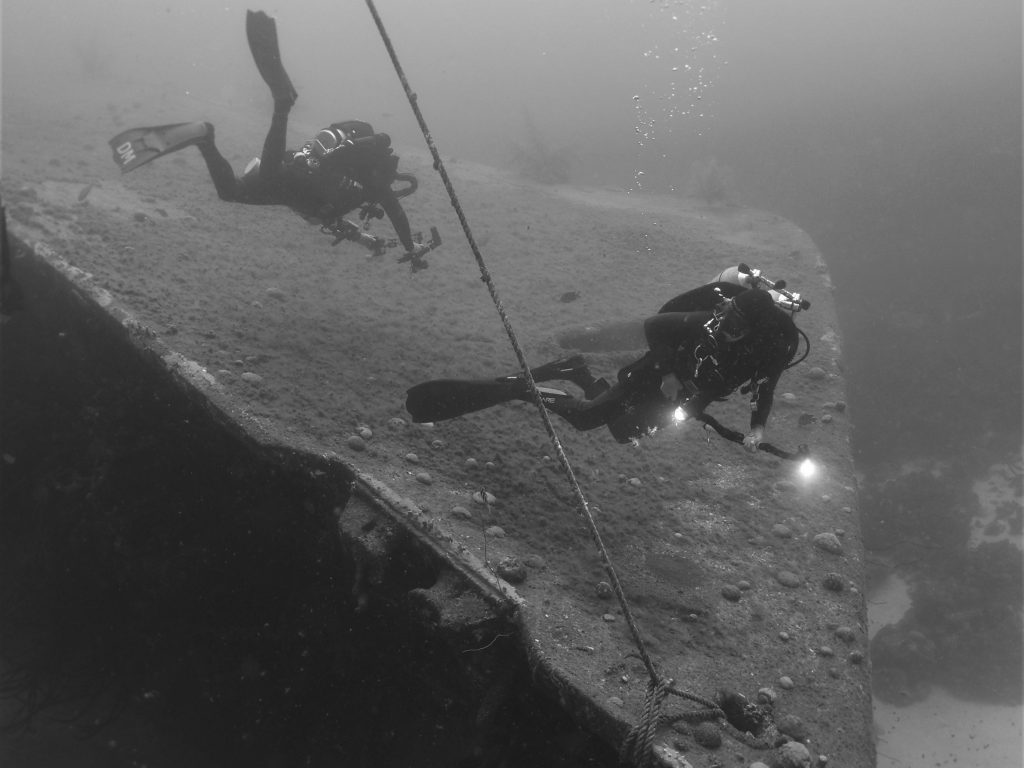 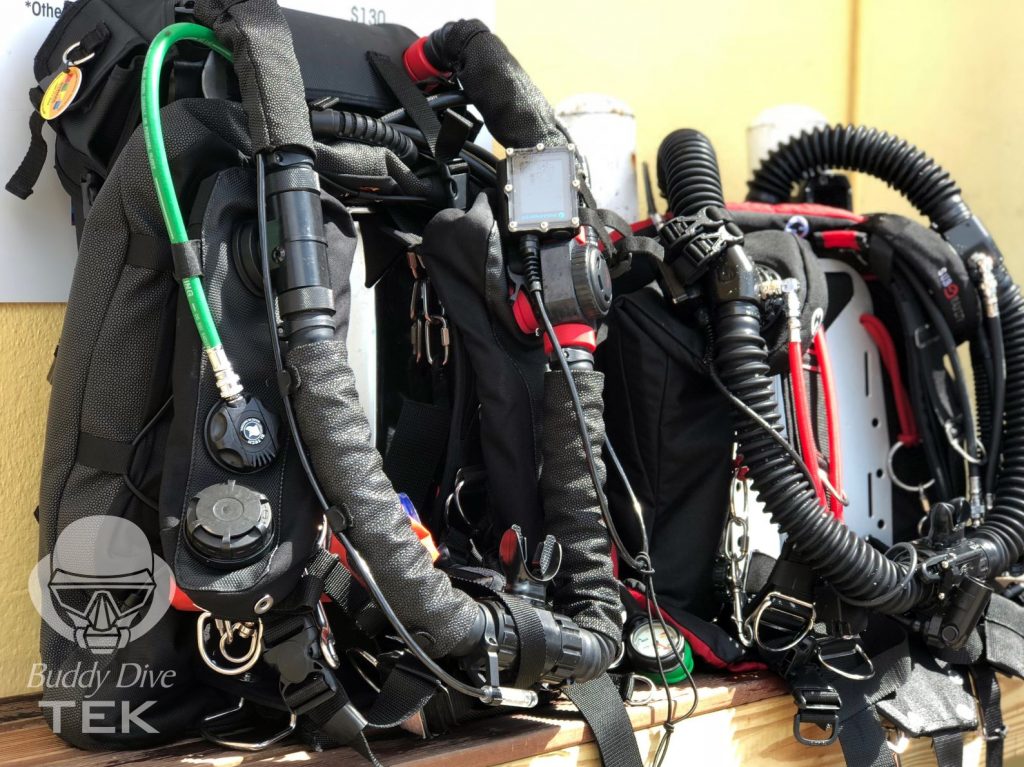 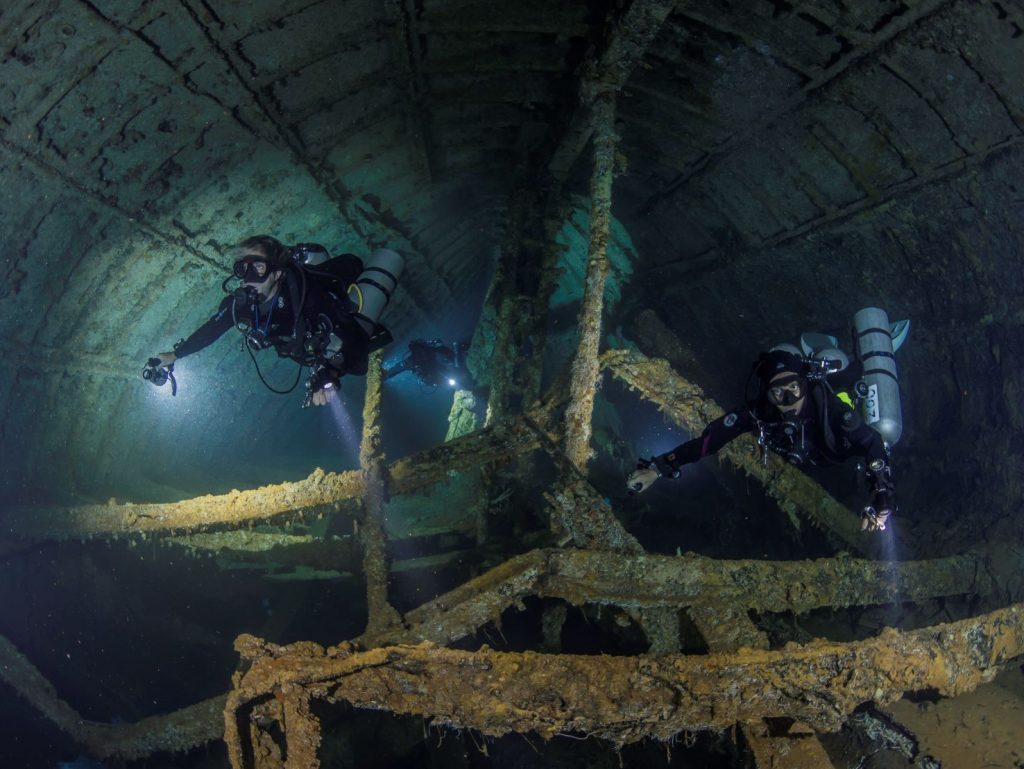 Jared Hires is General Manager of Dive Rite, a premier technical dive gear manufacturer established in 1984. Having grown up surrounded by diving, Jared began his technical diving career early, being CCR and cave trained at the age of 15. Becoming an open water SCUBA instructor at 18, Jared has progressed through the ranks to CCR instructor.

Having had many great diving opportunities, Jared has had the chance to dive many dream-list destinations. Some of his most memorable dives include Orda Cave, Russia; Molnar Janos Cave, Hungary; the Red Sea; and Giant Cave, Belize. Residing in “Cave Country,” Jared has the ability to get wet almost every week and enjoys keeping skills up in multiple gear configurations.

Gabriel earned BSc in chemistry, BBA in International Business and MBA degrees from Harding University. He started diving in 1990 and is currently certified as a TDI advanced trimix diver and dives a rEvo CCR. Gabriel works as Shearwater’s Director of Sales and Marketing.

Charlie Roberson is the founder and chief designer for FATHOM Dive Systems, LLC. Charlie learned to dive in the US Navy in 1991 and spent the next two years diving the deep wrecks and walls of the West Pacific. Charlie moved to Gainesville to attend the University of Florida and take up cave diving. Now he is still cave diving and holds the world record for penetration in an underwater cave at 8,208 m / 26,930 ft. As the Director of Karst Underwater Research (KUR) he has participated in numerous KUR exploration and survey projects.

John graduated in 2013 with an MSc in Hydrographic Survey from University College London. He then worked for MMT primarily as a Hydrographic Surveyor but worked all roles from Surveying to Offshore Manager on a variety of survey jobs involving nautical charting and surveys for the renewables industry. John started as a Marine Robotics product engineer helping customers integrate Sonarydne equipment onto unmanned platforms. Most recently, he worked as a Product Manager within Sonardyne’s engineering team and has an avid interest in robotics, autonomous platforms, and subsea navigation.

Ben Strelnick is a DAN Medic with a background in EMS and wilderness medicine. He has been diving since 2001, and is a full cave diver, who recently completed CCR training. Through working at DAN, Ben combines his love of outdoor recreation with his passion for emergency medicine. He gained his National EMT certification and wilderness endorsement after working as a community health volunteer in Costa Rica and completing both winter and summertime wilderness expeditions in Idaho, Montana, and Ecuador. Ben also has extensive experience working on the National Ski Patrol. In his free time, he enjoys mountain biking and riding his motorcycle, but cave diving is his passion.

Buddy Dive TeK opened its doors in 2007, with the mission to provide quality technical support and training to its customers and guests at Buddy Dive and on Bonaire. Over the past years, Buddy Dive TeK has grown into the largest technical diving facility in the Caribbean.

The Buddy Dive TeK team represents a wealth of technical knowledge and certifications from all fields of diving. With a fully operational tec support service; extensive equipment rental and technical training up to instructor level, including trimix and CCR. Buddy Dive TeK offers everything needed.

The non-stop spirit of adventure and curiosity of the enthusiastic diving community worldwide keeps pushing the dive industry forward. It is our pleasure to ensure that we at Buddy Dive provide the latest in Technical Diving in a safe and friendly environment.